I have been doing some reading this morning on two online articles from Fox Sports and a few out of the Seattle Times.

It seems everyone thinks we have a soft football team and the Seattle fans are crybabies. That has to be one of the funniest things I have ever heard. Do you know what happens in our house or are you too busy trying to think clever new lines to tell the world how bad we are?

Well since we made it to the big game I say that makes a damn good football team. How many Pro Bowlers does Pittsburg have? Not as many as Seattle does. So blitzburg, you think that you can get through our Pro Bowl offensive line? Hahaha I don’t think so 🙂

It is hard to play rough and tumble football all day when you get owned all over the field. Teams have been trying to figure us out but we continue to change it up and football games. It is only two days away until the talk end and the beating begin.

RIP THEIR HEADS OFF…

For all the meathead Pukeberg fans I got something for you. Take your hype, trash talk and everything else you can think of and go home.

It’s going to be a long flight home with another loss in the Big Game. By the way has Cowher won a Super Bowl? Hahha I don’t think so. The Steelers can’t keep winning sudden death games, it has to stop somewhere.

Get the facts and stick to the stats because the game is Sunday!! We have been dishing out beatings all year and this game is no different.

Texas A&M is still whining about the 12th Man deal. Maybe they should have made a big deal out of it in 84 when the Seahawks retired the 12th Man jersey. Get over it…stadiums use it all over the county to get the D-Fence pumped up and to the crowd going so move on wussies.

I have said it before and I will say it again…its going to be a blood bath!!! 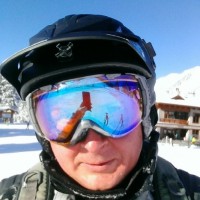